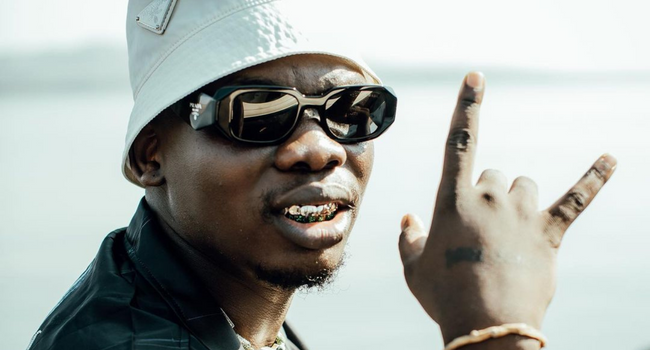 Blxckie Celebrates Birthday In Sika Music Video. In what has been an exceptional rap career for Blxckie thus far, every moment to celebrate will always aggravate him to reflect on what he has accomplished in SA Hip Hop.

The young Durban rapper has made himself comfortable with other renowned SA rappers as he can be deemed one of the SA powerhouses. As much as he has been working on releasing music at a fast-pace Blxckie is also here to celebrate his wins.

This time around Somnyama decided to celebrate his birthday in style as he released the official music video for his hit single ‘Sika.’ Taking to Twitter, the Sika hitmaker, wished himself a happy birthday as he shared the link to the music video. “HAPPY BIRTHDAY TO ME! SIKA MUSIC VIDEO OUT NOW. ENJOY,” tweeted Blxckie.

The opening scene of the music video shows Blxckie leaving his house and getting into a car with his older brother, Fika, in order to depart for the party.

The next scene shows Blxckie waking up in a mansion and listing all of his accomplishments, including framed certificates and awards. The rapper can be seen being joined by his friends as they started to groove to the song pouring their hearts out in celebration.

Bxkckie also showed the scene where he was awarded his plaques in the presence of his parent as he also graced the event with a live performance. The rapper decided to close off the music video by paying tribute to his late band member Jaedon Daniel.

We can all agree that Mzansi sensation Blxckie has had a great year. The exceptional artist announced the release of a deluxe edition of his popular EP “4LUV” and obtained additional certifications for his work. Blxckie has featured on quite a number of hit songs this year with the notable being SETE with K.O and Young Stunna.