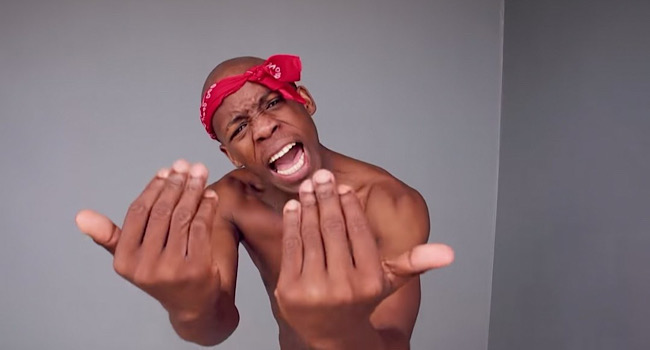 Here’s How Much Big Xhosa Spent On His Viral ‘Ninyile’ Diss Track Music Video. Big Xhosa has gained his way to the top in the SA hip-hop space following the viral diss track Ninyile where he took a swing at big-name rappers.

A fascinating aspect of keeping up with SA hip hop is how occasionally a new act comes up and completely captures your interest. Big Xhosa managed to capture the attention he needed following the release of his diss track. Even though the diss track reached a wider audience as he utilised 2Pac’s beats on the song, the rapper has revealed how much it cost him to create a video of that nature.

Big Xhosa is finally getting the recognition he has been crying for and his first-ever music project Almost Time has finally given him the mileage to become relevant in the culture. Despite mending bridges with some of the industry peers including Slikour, Big Xhosa still have some whom he is not getting along with.

The rapper recently took to Instagram and blasted some of the music promoters who owe him a lot of money. The Load-shedding chanter made it clear that he will name and shame those promote if they fail to pay him what they owe him.

“I’ve never been unreasonable but y’all disrespectful and thinking all is sweet coz I’m a very patient person. Y’ALL better pay up or I’m letting the whole world know about you and to never do business with you and not only that I’m showing up at your house or office. I WANT MY MONEY YOU THOUGHT I HAD LOOSE SCREWS, YOU ABOUT TO FIND OUT HOW LOOSE THEY ARE!” He wrote.